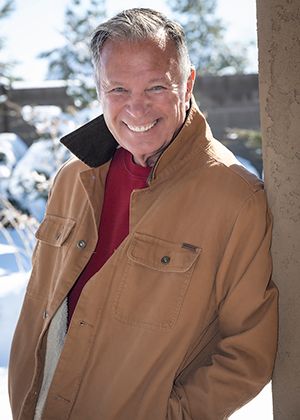 Jon-Nolan has been a professional musician playing with a variety of Rock & Roll bands for many years in Arizona and California.   In 1990, Jon-Nolan landed a three-year acoustic engagement at the Ferry Terminal Building in Vallejo, California playing and singing weekly from 1990 to 1993.  In addition, he performed as an acoustic singer/songwriter at venues in Northern California mostly at wineries and now, as of October 2020, lives in the Prescott area of Arizona.

He continued to play and write music while taking a long-overdue break from playing live.  Then in 2010 he returned to playing and singing at Open Mic's and private parties.  He took his music to coffee houses in and around the Northern California area. Successful at those venues, he moved on as a singer/songwriter, playing live at wineries, farmers markets, microbreweries, special events, and private parties in the area.  When asked: ‘What type of music do you play, Jon-Nolan? ‘Great Songs!’ is his quick response.

If you are interested in contacting Jon-Nolan about an upcoming event you’re planning, contact him at 916-952-0014 or email: Jon-Nolan

For information about fees, click on this link: Marketing Flyer 2021. 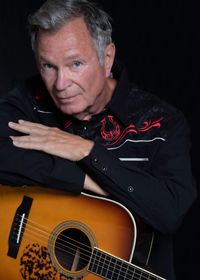 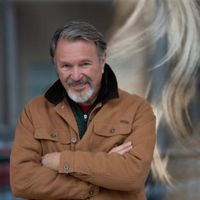 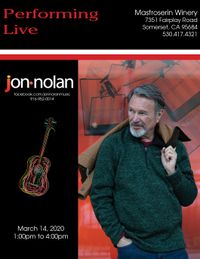 It's great to return to Schribner's!

It's great to return to Schribner's!